Mardi Gras has been celebrated over years and years ago. And it will continue in future too. Every year people use to bookmark the date in their calander to celebrate Mardi Gras. And whole year they are eagerly waiting for this awesome festival as like they waited for Mardi Gras 2020  this year.

The holiday of Mardi Gras is celebrated in Southern Louisiana. Celebrations are concentrated for about two weeks before and through Shrove Tuesday, the day before Ash Wednesday. Usually there is one major parade each day and many days have several large parades. The largest and most elaborate parades take place the last five days of the Mardi Gras season. In the final week, many events occur throughout New Orleans and surrounding communities, including parades and balls. 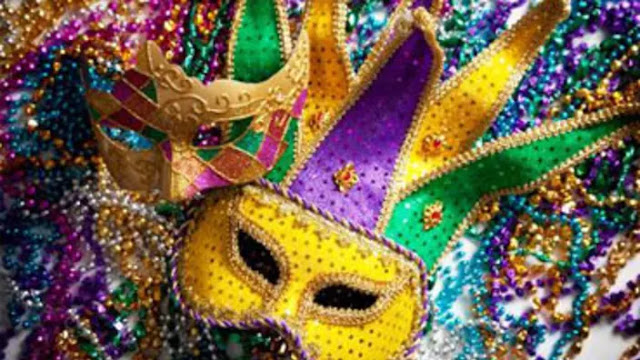 The Mardi Gras parades in New Orleans are organized by social clubs known as krewes most follow the same parade schedule and route each year. The earliest-established krewes were the Mistick Krewe of Comus, the earliest, Rex, the Knights of Momus and the Krewe of Proteus. Several modern "super krewes" are well known for holding large parades and events, such as the Krewe of Endymion (which is best known for naming celebrities as grand marshals for their parades), the Krewe of Bacchus, as well as the Zulu Social Aid & Pleasure Club—a predominantly African American krewe. The main part of celebrating Mardi Gras is Parades, and one cannot imagine parade without floats. Floats have played a major role since krewes been parading through New Orleans over 100 years in Mardi Gras history.

Some floats are elaborate and beautiful, while some are funny and satirical. Every year Krewes come up with different themes of parades and so floats are created to reflect those themes. To make a beautiful float thousaands of dollars are spent and also it takes so many days to ready. The theme of float is not revealed to any third party it is kept as top secret. Float riders traditionally toss throws into the crowds; the most common throws are strings of colorful plastic beads, doubloons (aluminum or wooden dollar-sized coins usually impressed with a krewe logo), decorated plastic "throw cups", Moon Pies, and small inexpensive toys. Throwing of such things to crowds was started in the early 1870 by the Twelfth Night Revelvers, and is a time-honored expectation for young and old alike.
In the Bacchus parade, the King's float throws doubloons with the image of the celebrity king on one side of the doubloon. If you're lucky enough to catch one, hold onto it! 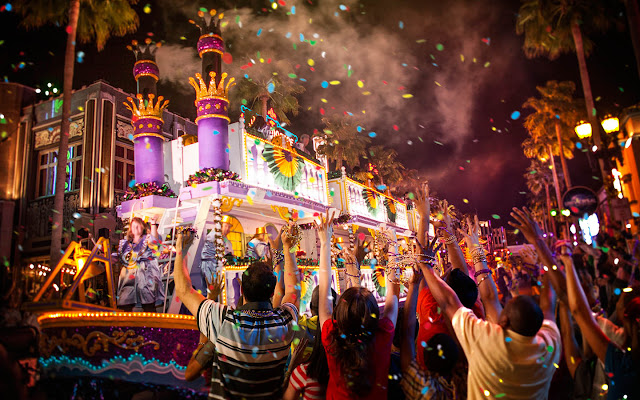 There are many other popular throws include cups (otherwise known as New Orleans dinnerware), long pearl beads and stuffed animals. Major krewes follow the same parade schedule and route each year.
While many tourists center their Carnival season activities on Bourbon Street and in New Orleans and Dauphin, major parades originate in the Uptown and Mid-City districts and follow a route along St. Charles Avenue and Canal Street, on the upriver side of the French Quarter. Mardi Gras day traditionally concludes with the "Meeting of the Courts" between Rex and Comus. 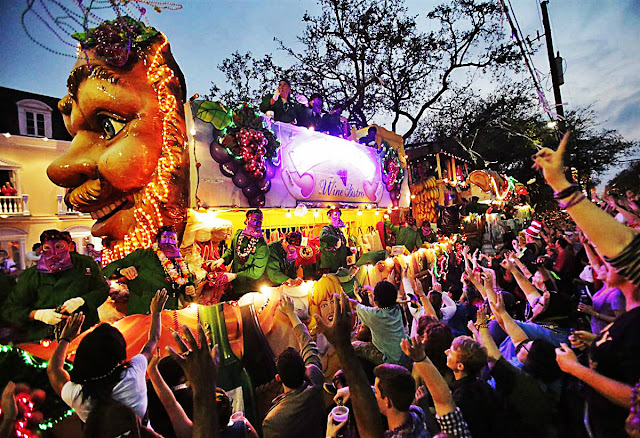 Mardi Gras 2020 falls on February 25, following is its schedule:

Mardi gras is not something like 4th July or Chirstmas, which have always fixed dates. Mardi gras dates are somehow predictable because of Easter dates. Easter can fall on any Sunday between March 23 and April 25, and Mardi Gras is always 47 days before Easter, Zulu and Rex can roll on any Tuesday between Feb. 3 through March 9.